Have you ever asked yourself where your coffee comes from? Ever wondered which countries grow the best South American Coffee?

If you love coffee as much as we do, then you will definitely want to know which countries grow the best South American coffee. Let’s look at the breakdown and find out why this is so important in the world of coffee brewing.

All coffee is not created equal. The coffee you get in Africa is different from the one you would get from Asia or South America. A lot of that has to do with the area where the coffee is grown.

Each location has a different soil that produces different flavours. It also means that different coffees from different regions will also have different characteristics.

Bolivia is the fifth largest country in South America and has a hugely diverse topography, with microclimates and altitudes that are ideal for growing coffee.

Most of the coffee grown in Bolivia is Arabica, composed largely of heirloom varietals like Typica and Caturra, and is grown organically.

The climate in this area is very humid and the eastern Andes are prone to high rainfall, which makes drying coffees problematic – similar to some areas of neighbouring Peru.

Coffee is often laid on tarps on the ground or on flat roofs, meaning it is open to the elements, and prone to moisture absorption and slow drying times, which in turn can lead to overfermentation.

Brazilian coffees are primarily known for their heavy body and nuttiness in the cup, but there are also certain beans that would give you a bit of acidity and balance.

However, generally speaking, these coffees are all about the body. Varietals you will find in Brazilian coffee are Bourbon, Typica, Caturra, Catimor, Maragogype.

They produce over a third of the world’s coffee. The strength or weakness of the global coffee market is largely governed by what happens in Brazil, such as the size of its yearly harvest.

El Nino – the weather system that dictates climatic conditions in the country during the summer months – also has a major impact on the coffee futures market.

The states of Minas Gerais, São Paulo, and Paraná are the largest producers due to suitable terroir: elevation, climate and rich soil. Most plantations are harvested in the dry months of May to July.

Colombia has three secondary mountain ranges (cordilleras) that run towards the Andes and it is amongst these ranges that the majority of coffee is grown.

The hilly terrain provides a wide variety of micro-climates, meaning that harvesting can take place throughout the year as coffee from different farms will ripen at varying times.

Peru is the ninth largest coffee producer in the world, with popular varietals like Typica, Bourbon, Caturra, Pache. They are the third largest in South America.

Most of Peru’s coffee farms are less than 2-3 hectares in size, and spread across three main growing areas – these are usually defined as North (Amazonas, Cajamarca, San Martin), Central (Junin) and South (Cusco, Ayacucho, and Puno). 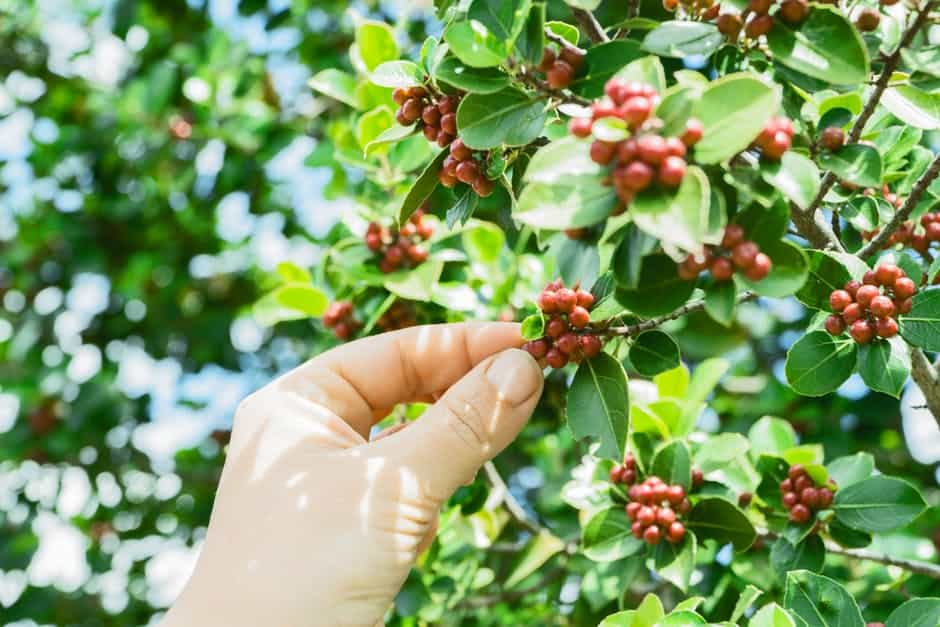 Whilst conditions are optimal for the production of good quality coffee, there are significant challenges in relation to farm’s geographic isolation, the lack of adequate processing facilities and volatility in price.

The Peruvian coffees tend to be intensely bright and light-bodied. Pleasing nutty character and chocolaty aroma of certain of these coffees lead to a nice, long finish. Peru also offers a decent array of certified varietals grown without synthetic fertilizers, herbicides or pesticides.

Ecuador became famous for growing beans that made great instant coffee, still a staple in many Ecuadorian households.

Both Arabica and Robusta coffees are grown in Ecuador.  Typica, Bourbon, and Caturra Arabica coffee varietals are common and are either dry- or wet-processed.

Most of Ecuador’s sizable coffee production is consumed in-country, and is usually thin to medium body coffee with sharp acidity; however, there is a growing effort to market coffee abroad.

Now producing about one percent of the world’s coffee, most of it consumed at home, Venezuela once rivaled Colombia in coffee production for South American coffee.

Coffee production occurs in the Coast Range and the western Andean region. The coffee production system followed in the Andes region, which is the premontane moist forest, is a multilayered system (3 to 4 layered canopies) in which there are multi-species of plants.

In this system, trees provide the shade needed for growth of coffee. This region is a part of the three geographical regions of Venezuela namely, the Mountains and Caribbean Coastal region, the Llanos region, and the Orinoco River Delta region, and the Guayana region.

The plantations are generally in the altitudinal range of 1,000–5,000 feet (300–1,520 m), bordering with Colombia. Better grades are noted at elevations of 6,000 feet (1,800 m) or higher but these elevations are characterized by slower growth and lower productivity.

The regional favorite varietal, Merida is a delicious, light and sweetly acidic pure bread that makes it a favorite underdog for those lucky enough to find it.

Coffees from this area usually are called Maracaibos, after the port through which they are shipped, and may include one coffee, Cúcuta, that is actually grown in Colombia but may be shipped through Maracaibo.

The best-known Maracaibo coffees, in addition to Cúcuta, are Mérida, Trujillo, and Táchira. Mérida typically displays fair to good body and an unemphatic but sweetly pleasant flavor with hints of richness. Táchira and Cúcuta resemble Colombia, with rich acidity, medium body, and occasional fruitiness.

Regardless of the market name, the highest grade of Venezuela coffee is Lavado Fino, meaning “fine, washed.”

Now that you know which countries grow the best South American coffee, the next time you stop into a speciality coffee shop, you will be able to make a more knowledgeable coffee purchase.

All information has been sourced from Falcon Coffees and Wikipedia.

Join the thousands worldwide in our Coffee Lovers Club who receive our best discounts, new videos, coffee tips, and recipe ideas every week