This month at Blue Coffee Box, we are featuring 6 new gourmet coffees for May. Instead of doing a post on each coffee, we decided to put them all in one place for you.

Below you will find the list, as well as the roasters we are sourcing these coffees from this month as well.

Gourmet Coffees for May

Three years ago, a sample arrived at the roastery of a Brazilian coffee from a tiny community, high up in the hills of Sul de Minas, about 45 mins drive outside the town of Poço Fundo. We thought it was awesome and had loads of potential.

Two years ago we sat down with the family (Osmar & Cleusa Periera) from that community and asked if they’d be interested in a project to improve the quality of their coffee, as well as the prices we could pay for it. They agreed, with some natural scepticism, and no idea if we would ever show up again.

One year ago, we organised (via our friends and export partners at Legender Coffees) some flotation tanks to set up the first step in a new quality control process. If you’ve bought this coffee then you’ve helped us fund this first step.

In Feb 2019 we delivered the first set of experimental drying beds for the farmers to start to dry their coffees on covered raised beds, instead of on patios. This will give them the chance to control the process of drying their coffees, even on days of heavy rainfall, as well as enable them to run experiments on how to best process the coffee. 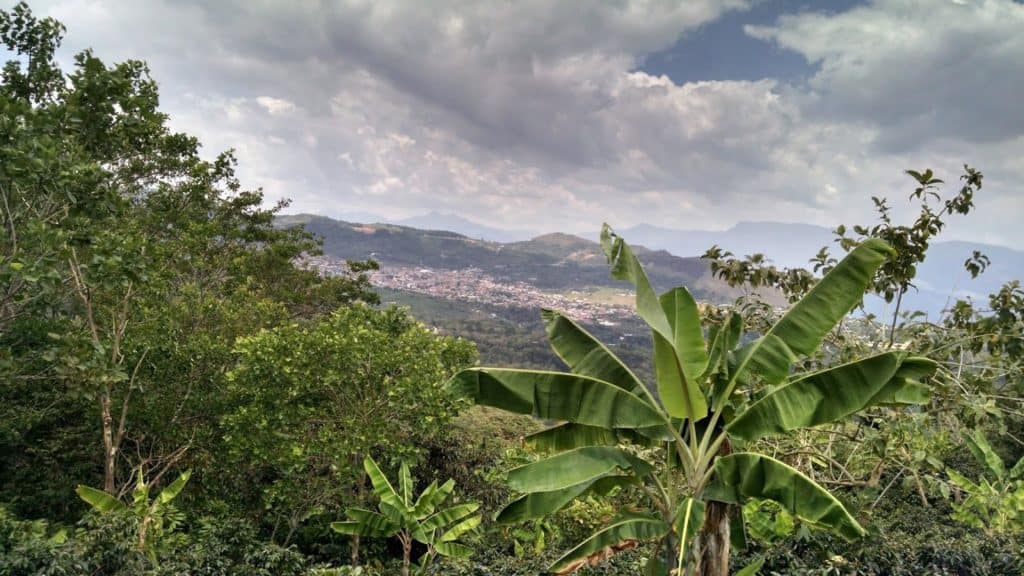 You may be less familiar with Peru than other coffee producing countries, as it has flown under the radar for several years. Until recently the remoteness of the coffee farms and the small size of the average farm has prevented much of the single-farm differentiation that has allowed for micro lot development and marketing in other growing regions. But as with everything else in speciality coffee, they can change with the times, and big strides are being made.

This coffee brews great in all methods. In filter, we get a lovely balance of bright raspberry, with a jammy plum sweetness, and a sweet candy finish. In espresso, everything is turned up a notch, the raspberry jumps out on the nose, and the plum turns to a jammy sweetness, which will be evident in milk drinks.

In El Salvador, El Borbollon mill honours a family tradition committed to production techniques at every stage of the milling process and developing sustainable practices to preserve the environment.

The El Borbollon is their brand of coffees that have been hand-picked at their customer’s farms, where they provide agronomic support and advisory. Coffees are hand-picked to select only the ripest cherries, then separated by farm and quality at the mill.

They are then pulped and naturally fermented, washed, then dried in clay patios or raised beds. After they are dry, the beans are stored in wooden silos or bags where they rest until they are hulled. Once the beans are hulled, they are washed once more before they are bagged and shipped out.

Since 1985, the El Borbollon mill has worked closely with partners and clients offering continued training and guidance to producers, department heads and general staff through various meetings, diverse classes and educational seminars. 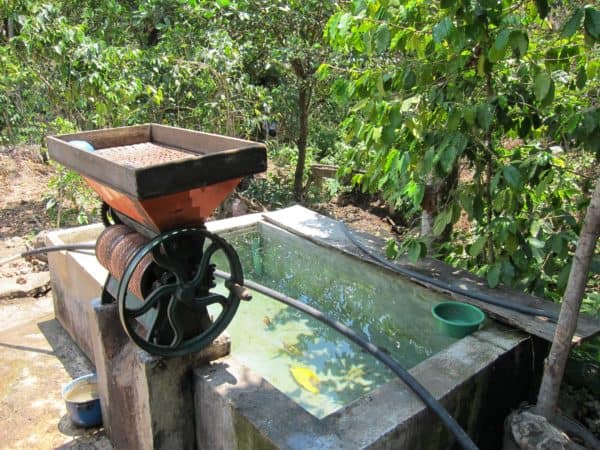 Finca La Providencia is situated in the high mountains surrounding the town of San Pedro Necta in Huehuetenango, Guatemala.

The farm has been in the Palacios family since 1954, and since that time it has been passed down through three generations, starting with Maximiliano Palacios through to his son Javier Palacios Funes (who passed away in 2006 at the age of 91) on to the current owner, Max Ariel Palacios Villatoro.

Max will almost certainly pass on the farm to his own children, who will be the fourth generation to farm in this beautiful land. For now, however, Max holds down the fort, overseeing all aspects of farm management, both administrative and agricultural.

He is a highly experienced and dedicated coffee producer with over 40 years of experience, deep love of the land and comprehensive knowledge of the region. 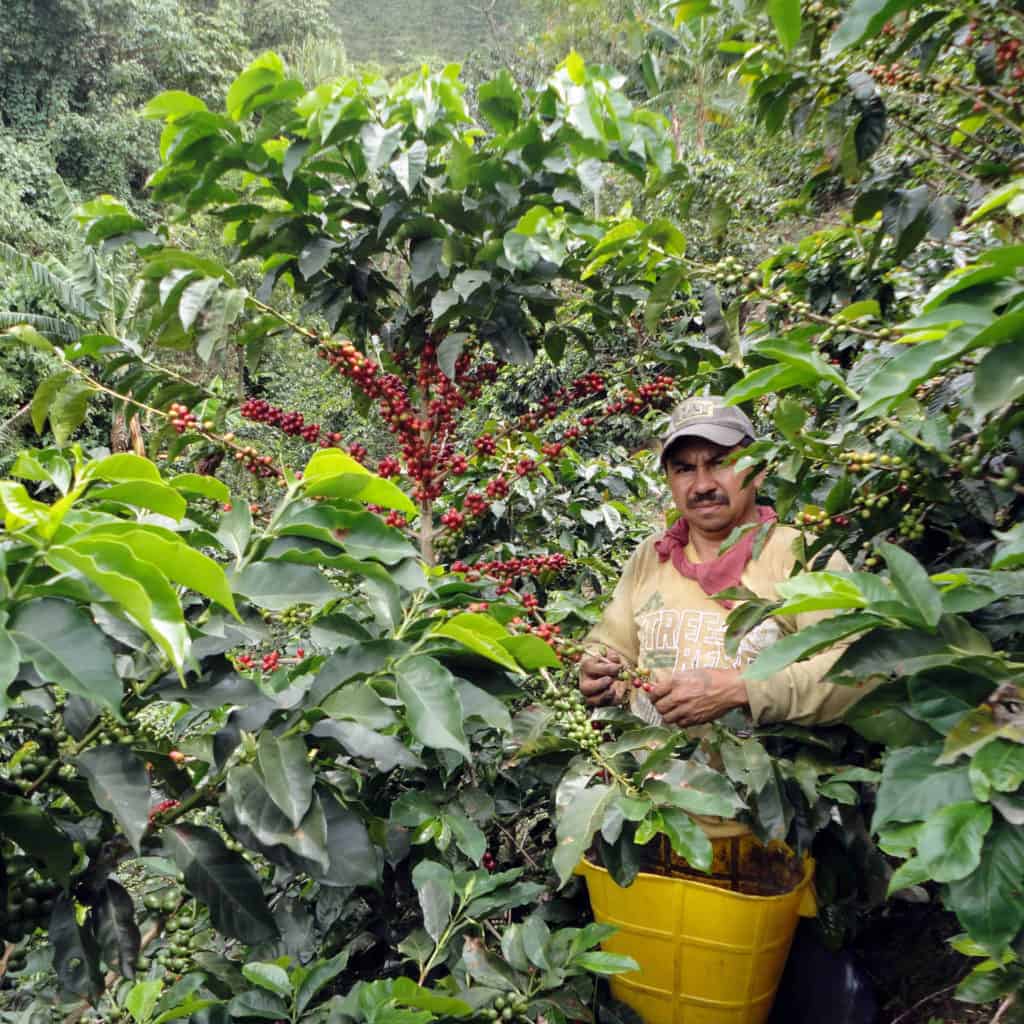 Finca Santa Helena was purchased by Juan Pablo Penagos in 2013. The farm is small, at only 2 hectares, but well-situated at just over 1,660. However, the farm’s natural potential had not been reached.

The Finca had been abandoned, due to the previous owner’s health issues, and was in quite a state when Juan Pablo took it over. Nonetheless, he persevered, moving there with his wife, with whom he now works and manages the farm.

Although many things have changed, he kept the name Santa Helena out of respect to the farm’s previous owner, who was very devoted to Saint Helen, mother of Constantine and a major figure in early Christianity.

Juan Pablo gives a great deal of attention to the ‘cultural’ works that happen on the farm annually. He does not have processing facilities on his small farm, so agricultural labour ‘in the field’ is where he can really add value and contribute to the coffee’s quality. 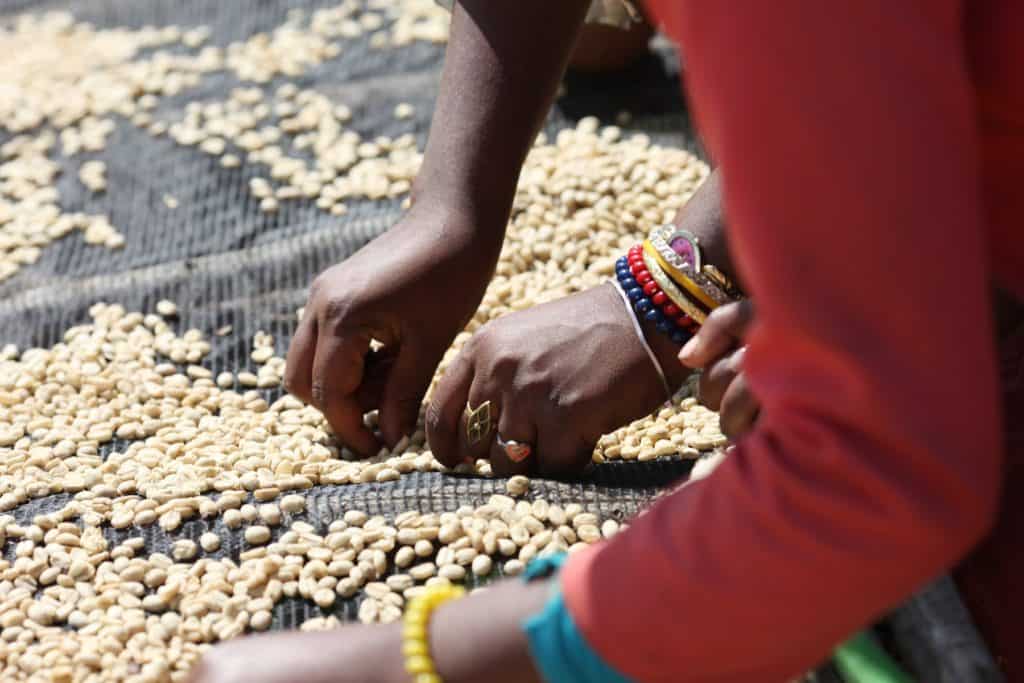 This coffee is grown about 250 miles southwest of Addis Ababa, in the Gera district near the city of Djimma. The soil here is called a nitosol – a rich, red soil with a high clay content that is great for growing flavorful coffee. Gera is known for cooler, wetter weather.

The highland climate is shadier and receives 8 months of rainfall, resulting in well-irrigated coffee that is bursting with flavour. The coffee trees here grow under natural forest, allowing the beans to develop more slowly and take on fuller flavours.

This coffee is hand-picked by small farmers, then pulped, washed, and laid out to dry. After drying, the washed beans are then carefully sorted to remove any defects, allowing the natural flavours of heirloom coffee varieties to carry through into the cup.

For more speciality coffees like these, be sure to subscribe to Blue Coffee Box. You can check out our past featured coffees here.