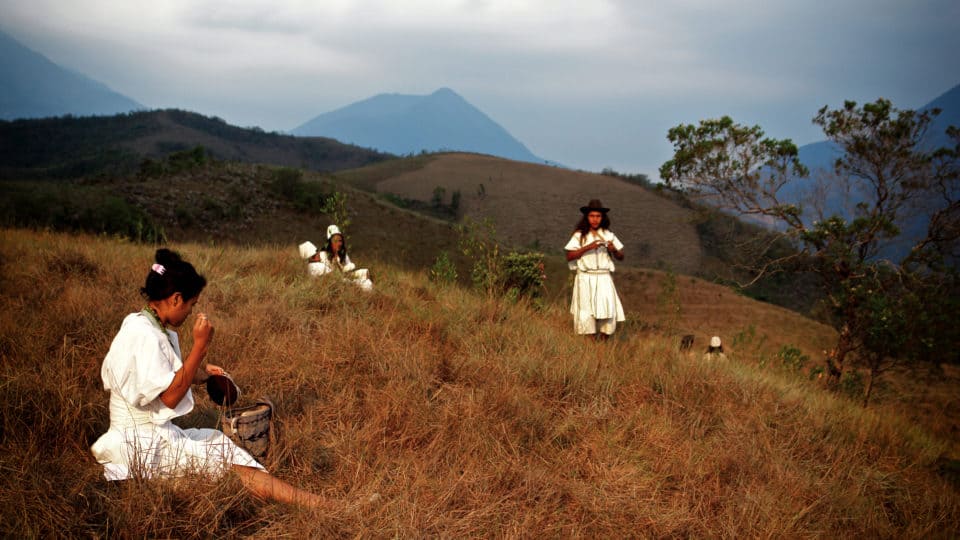 The Arhuacos, native indigenous groups who have kept the culture almost intact to their predecessors, have lived from the land from long before the colonisation of America.

They live in a community of approximately 1,500 families and their main activity is the agriculture, for their own subsistence. Their culture is very strong and bound to living in a specific way with respect between nature and humans.

This is clearly seen in the celebratory rituals to nature held at seeding, growing and harvest time for all the crops they have during the year.

They describe it as a way of asking permission to the earth to be harvested and to thank the elements of rain, air, and sun that sustain the growth of the plants.

Thanks to their sense of respect for community and nature, they successfully produce considerable quality and size of produce with an association of thousands of small producers who work in very small farms, growing and processing the coffee maintaining the high standards of speciality coffee through the culture built over centuries.

This may sound easier to say than do but amazingly seems to occur seamlessly to our eyes and can only be enjoyed in a yearly crop of October- January.

This coffee has a pronounced aroma, high body, good bean size, low acidity, prominent notes of dark chocolate and toasted hazelnuts, and its production is guided also by an ancestral culture. 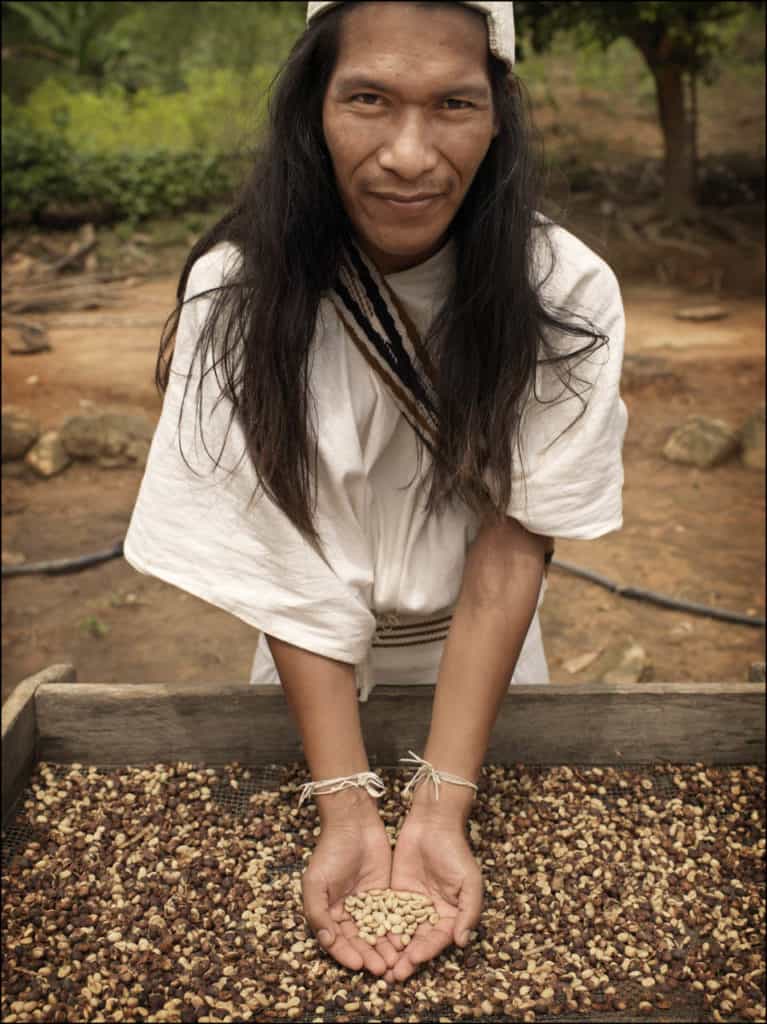 There is a single harvest per year, between October and December, which also gives it a character of limited edition, taking into account that the rest of the country has two harvest seasons (main and mid-year).

Located in Northern Colombia, the Sierra Nevada de Santa Marta is the highest coastal mountain range in the world, with snow-capped peaks of 5,775 masl, and considered as Biosphere Reserve by UNESCO. 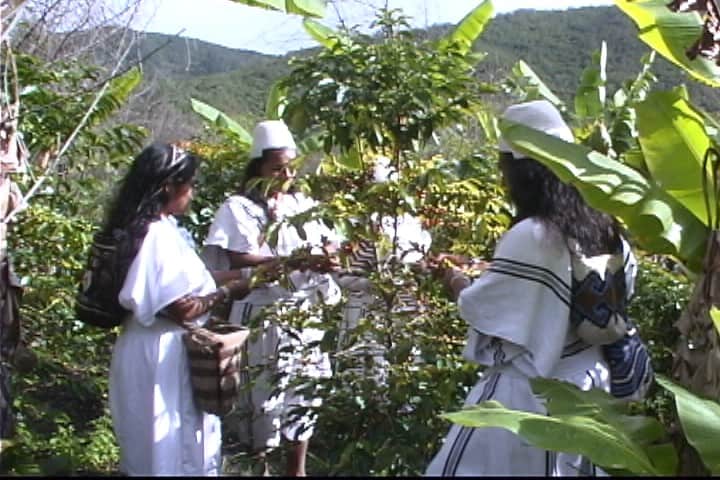 The coffee departments of Magdalena, Cesar, and La Guajira share this mountainous system. The Castillo varietal coffee is usually grown between 900 and 1,600 m.a.s.l.; lands in this strip have slopes of over 50 degrees and in some places, they reach 80 degrees. Coffee is grown under the shade of trees, mainly guamos, carboneros, walnuts, avocado, fruit trees, and other native species.

Indigenous communities of arhuacos, kankuamos, koguis, and wiwas inhabit the Sierra Nevada de Santa Marta from ancestral times, living in harmony with nature. And those who grow coffee do it with very sustainable practices by own conviction.

Monsoon Estates Coffee Company is a traditional craft coffee roastery based near Stratford upon Avon, hand roasting small batches of coffee in a relentless quest to find the perfect cup of coffee.

They continue to explore the world of coffee for new and interesting beans, continue to learn about the roasting process and they still sell their coffee at the weekly markets in Stratford.

Since their very first Great Taste Award back in 2012, Monsoon Estates have managed to pick up at least one award in each year since.

In 2016 they received their first 3 Star award for their own Espresso Blend and Will picked up 2 Stars for his Winter Blend on his first attempt.

Winning awards regularly mean that they can now use the coveted Great Taste Producer stamp of approval. It’s great to know that they have been able to maintain their standards whilst increasing the number of beans that they roast.

To experience full flavoured coffees like the Sierra Nevada, be sure and sign up for a Blue Coffee Box Subscription. Click for more details and to find out how you can get your first box.