Mimba Estate, located in the green hills of Mbozi, Mbeya in Southwest Tanzania, was established in 1995 by Joseph Meila, a Swiss immigrant who arrived in Tanzania almost a decade earlier.

Joseph initially planted about 100 hectares of Bourbon on the land and has, over the past three decades, expanded production to cover the full 160 hectares of the farm. His experience has been fundamental to the success of the farm, and he consistently produces coffee of the highest quality.

The bourbon and kent varietals are roasted a slightly lighter roast to bring out the sweet blackcurrant and berry notes, with an aroma which is almost Ribena like! A sweet and juicy coffee from a fantastic coffee growing region.

Mimba produces around 60 tonnes of parchment annually, and the coffee is normally sold at the Tanzanian Coffee Auction. In 2012, however, the farm was hit by a particularly bad case of Coffee Berry Disease (CBD), to which his nearly 100% Bourbon trees were very susceptible.

Since then, Joseph has begun to introduce new, more resistant varieties. In 2012 alone, he replaced 30% of the farm’s trees and has continued replacing every other bourbon row with a row of a different variety. Mixing varieties like this stem the disease if there is an outbreak while ensuring that some of the older/heirloom varieties are kept.

Joseph is committed to farming as organically as possible. The farm operates a pruning schedule, which promotes tissue rejuvenation and which ensures the vitality of the trees.

Trees are pruned every 5 years and then stumped every 20 years. Organic matter is encouraged to grow amongst the trees through mulching, which helps conserve water, reduce the use of glyphosate (weed killer) and increases absorption of compost and fertilizer.

Primarily, organic fertilizer is used – such as manure and compost produced from cherry pulp – however, NPK is also applied sparingly where needed.

All coffee on the farm is selectively hand-picked and sorted to remove any damaged or underripe cherries before pulping.

Picking on the farm is incredibly stringent, and the harvest season at Mimba lasts nearly two months, with 3 to 4 passes being done for each tree.

After hand-sorting the coffee is delivered to flotation tanks, where any underweight or damaged cherries are again removed. 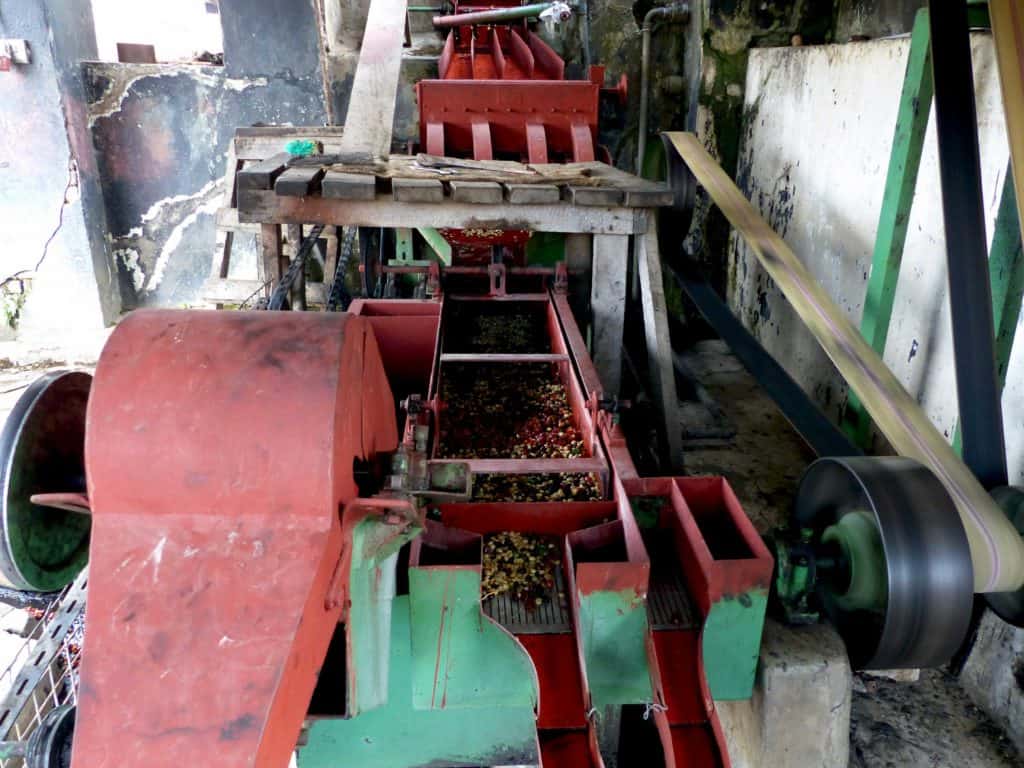 After this, the coffee passes through a Penagos pulper which extracts some of the mucilage from the berries, which are then transported by water to a wet fermentation tank where they sit for roughly 12 hours (depending on weather conditions) – or until the mucilage is removed.

Coffee is then washed using cold, clean water through channels where it is sorted into P1 and P2 weight categories. Once washed the coffee is taken in buckets from the density-sorting channel to the drying tables where the parchment is then air dried for at least 7 days.

The coffee is turned regularly and covered with netting during the heat of the day.

Founded in 2015 by Luke Underdown, Garage Coffee is a speciality coffee roaster based in the beautiful village of Hoath, just outside of Canterbury, Kent. 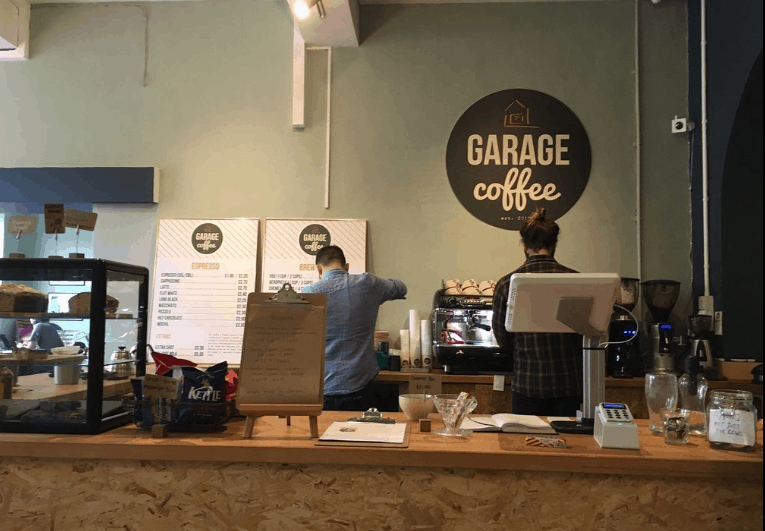 Owner & Founder Luke identified a gap in the market to bring great coffee to the people of Kent and started of trading at local markets and events to build the Garage brand. By 2016, Garage Coffee had gained a significant following and started to supply some wonderful hospitality businesses across the county.
In 2017, Garage Coffee opened its flagship shop and training room in the heart of Canterbury, just off the high street and now has a small team making great coffee and sharing the same vision!

To experience full flavoured coffees like the Tanzania Mimba AA blend, be sure and sign up for a Blue Coffee Box Subscription. Click for more details and to find out how you can get your first box.